Moodjar Consultancy engages talented and experienced people, not just from Nyungar boodjar (country) but from across the state, the country and even internationally to work with us to ensure our clients are provided with the highest level of excellence and service in the areas of indigenous policy, strategy, welcome to country ceremony, research and administration support. Below is a brief profile of our core team. 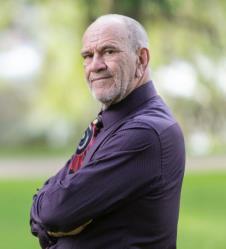 Len is a Director of Moodjar Consultancy. His research interests are in the area of Aboriginal Studies, including Nyungar interpretive histories and Nyungar theoretical and practical research models. Len, through his work with the University of Western Australia and Curtin University has conducted research funded by the Australian Research Council, the National Trust of Western Australia, the Western Australian Catholic Schools and the Swan River Trust and many other organisations. Len’s research has allowed the broadening of the understanding of the many unique characteristics of Australia’s Aboriginal people and has contributed enormously to improving the appreciation of Aboriginal culture and heritage of the south west of Australia. Len’s ground-breaking theoretical work has put Nyungar cultural research on the local, national and international stages.

Len has an extensive relevant skill set which is supported by both qualifications and experience, including research, preparation and implementation of Aboriginal interpretive plans, engagement with Aboriginal communities, preparation of statements of significance, recording and conducting Noongar oral histories, policies and procedures and conducting on-country tours and providing cultural guidance. Len has undertaken these activities have been undertaken for many years at local, regional, national and international levels to a wide audience including students, tourists, international dignitaries and world leaders. 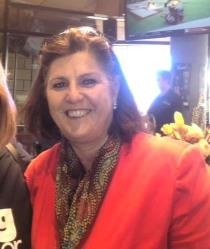 Lisa Collard is co-Director and Project Manager of Moodjar Consultancy with over 10 years' experience in the management and coordination of Moodjar's projects. This includes managing the team of consultants, and coordination of the engagement and consultation processes as well as management of all financial records. Lisa also works on the strategic vision for Moodjar, working with the partners, stakeholders and the community to achieve best practice for Indigenous engagement and high quality outcomes for Moodjar's stakeholders. 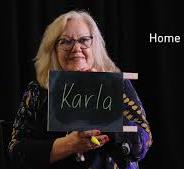 Sandra is a Whadjuk Ballardong Nyungar woman from the southwest of Western Australia. She has an interest in Australian Indigenous History with a focus on Nyungar culture. Over the past 20 years, she has conducted extensive research and produced reports, journal articles and chapters in books about Nyungar culture. Some of her projects have included making films in which she is acknowledged as the co-producer or scriptwriter and assisted in the development of the “Nidja Beeliar Boodjar” Murdoch University Website.

Her other work includes a literature review “Recording Traditional Knowledge” for the Avon Catchment Council, Noongar of the Beeliar (Video), Nyungar Tourism in the Southwest of Western Australia: A Case Study Analysis and developed the curriculum for the Kulbardi Aboriginal Centre at Murdoch University “Introduction to Nyungar Cultural Studies”. Sandra has a Bachelor of Arts from the University of Western Australia with double major in Industrial Relations and Geography and minors in History and Anthropology. She was also awarded the Aboriginal and Torres Strait Islander Overseas Study Award in 1996. She undertook research work at the University of Illinois, USA and then continued her travels to South America, Europe and Asia as part of her cross-cultural learning.

Sandra has experience including preparation of statements of significance, engagement with Aboriginal communities, recording and conducting Noongar oral histories, policies and procedures. Sandra also has demonstrated experience with Whadjuk ceremonial practice including welcome to country and smoking ceremonies, and Noongar mythology as she has written and published extensively about Noongar mythology, undertaken Aboriginal educational tours for schools and delivered cultural awareness of Noongar cultural practices and dreamtime stories.

Our Clients
Our Team
Resources
Bookings